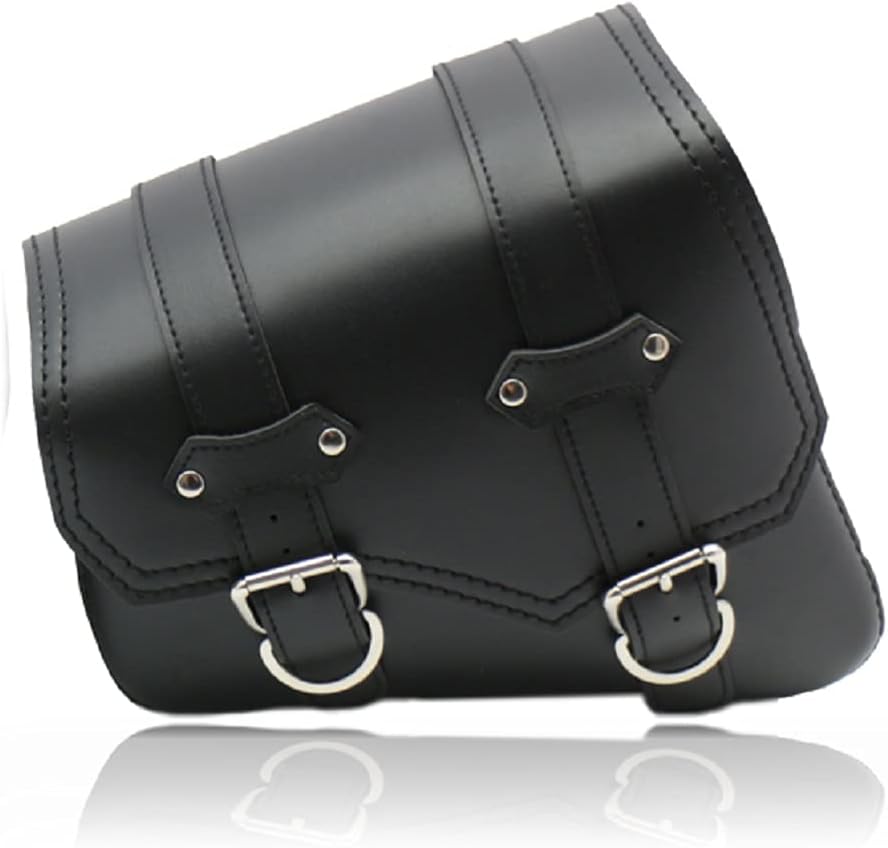 【Durable】: Made of excellent PU leather, features durable and waterproof ,lining The lining material is made of composite material,stereoscopic motorcyle bags,Mounting secured with a layer of PVC board reinforced,ong service life. 【Easy Installation】：Use straps to tie the side bag on each side of the motorcycle. Since saddle bags are separate, you could install them on where you want. Enjoy the fun of DIY, make your motorcycle unique. 【Applicable models】：fit for Harley Sportster XL883 XL48 XL1200 or universal other electromobile motorcycle bike bicycle,that has place to bind the bag is OK 【Enough space】Perfect to store raincoats, water bottle, lighters, sunglasses, food and other daily necessities. Powerful supply for riders, short or long riding trip. 【Maintenance information】 1. Keep the motorcycle saddle bag away from hot objects, especially the exhaust pipe 2. Do not expose to long term exposure, long term exposure can easily cause splitting 3. Make sure that the motorcycle saddle bag is fixed before driving to avoid shed while driving.4.motorcycle bag is hanging in the air，suggesting that dont put heavy things.