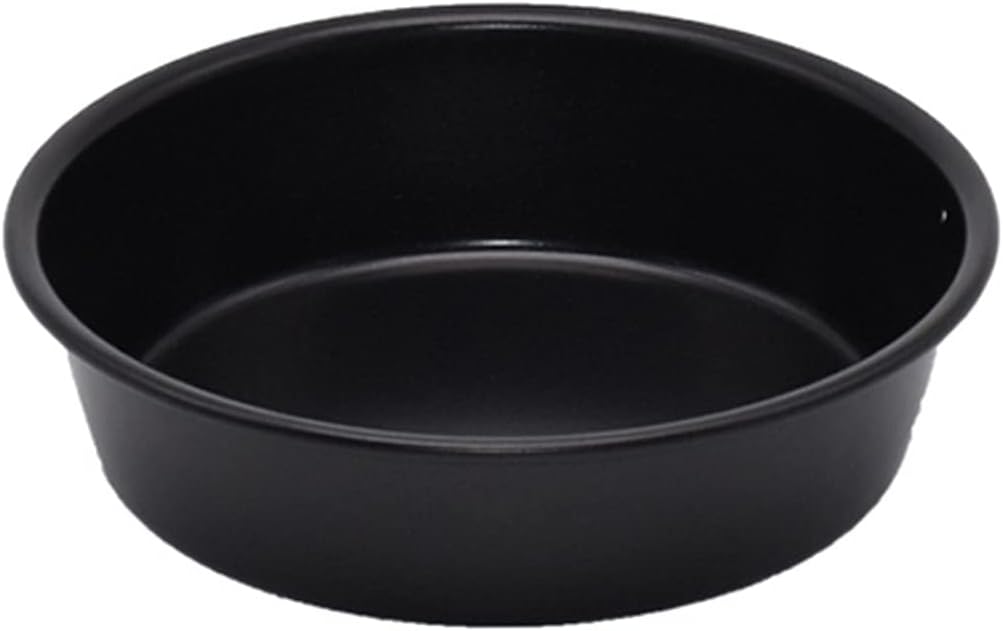 Specifications:
Condition:Brand New
Material:Carbon Steel
Size:13cm/5inch
Height:3cm
Color:Black
Carbon steel non-stick baking pan,high strength and rapid heat transfer,reusable,durable,flexible,non-toxic and practical.
The round shape cake pan features non-stick inside and out to deliver great food release with quick clean up.
Be suitable for baking any cake,pizza or bread,even roasting meat.
Perfect for Kitchen and Party.
Package Included:
1pc x Non-Stick Pizza Pan
Note:
Other accessories demo in the picture is not included.
Actual colors may be a little different due to different monitors.
Please allow 1-5mm deviation due to manual measurement.